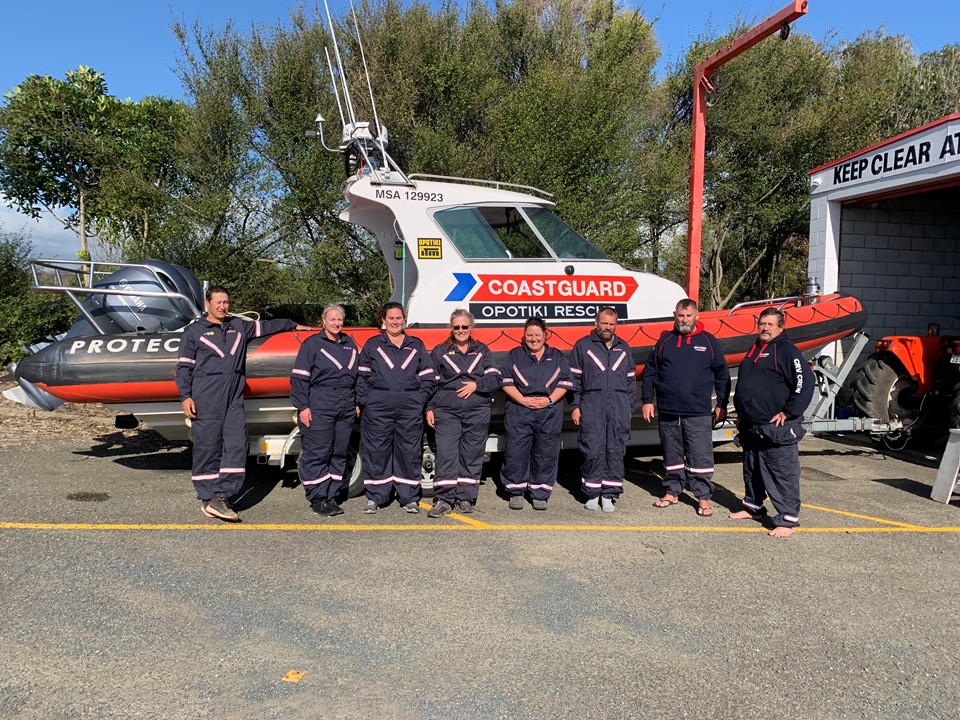 Opotiki Coastguard have used a 2003 Rayglass Protector to help boaties in distress for the last 16 years, bringing hundreds of people home safely over that time.

The unit’s President, Jonesy, and his crew are set to get a brand new 2020 Rayglass Protector Targa next year after the America’s Cup thanks to a partnership between Coastguard, Lotto and ETNZ. We gave him a call to have a chat about his old boat - and the new one on its way.

Jonesy’s a humble guy who doesn’t like to talk about himself, but when we ask him, it sounds like he’s living the dream down there in Opotiki:

“Yeah, I’ve got a lovely missus and two kids. The kids are 23 and 20 and both of them volunteer for Coastguard like me. I’m self-employed as a shelter trimmer driver - cutting the trees around orchards.”

He’s in his second term as President of Coastguard Opotiki and he’s been a volunteer for 15 years running. It’s volunteers like Jonesy that power Coastguard and keep the water safe for us to enjoy. His day-to-day work with Coastguard is pretty varied and keeps him out of trouble:

“We’re all ready to go 24/7 any time. If we get paged, we’re down in the boat ready to go in six minutes. I also do maintenance on the boat and the tractor and train the other volunteers coming through,” Jonesy said.

To get the job done Jonesy and his crew run a 2003 Rayglass Protector hard top with two Yamaha 200s on the back. By the sounds of things, he’s pretty fond of the boat:

“It handles great whether you’re out there in the big stuff or close in to shore. We love it to death, we’ve never had issues with electronics or anything and I suppose that’s because we take good care of it. It’s only 9 metres but we push it as hard as we can and it always says - give us some more.”

While the 2003 Protector has always done the job with ease, Jonesy reckons things are starting to get a bit more challenging out there:

“People are going further out with bigger, more powerful trailer boats. That means our boat tows are from further out, and in rougher seas.”

Following the America’s Cup in 2021, Jonesy and his crew are receiving a customised Rayglass Protector 380 Targa - this thing is a beast and it’s got Jonesy a little bit excited:

“We’re looking forward to having something that’s even more capable and safe out there - very excited to trial the new boat. Someone mentioned having two 300s on the back so you know this thing is going to fly. We’ve purpose-built a new building for it and we’ll be able to back it straight down into the river which will improve our response time.”

Despite the shiny new boat on its way, Jonesy sounds like he’s not too keen to let go of the old Protector:

“It’s our baby. When I told the crew we were getting a new boat everyone said - ‘can we keep the old one as well?’!”

Whatever boat Jonesy’s in, it sounds like he’ll be sticking around for the long term to keep doing what he’s doing:

“I’ve been a Coastguard volunteer for 16 years now and I love it. It’s just nice helping people - gives you the warm fuzzies.”

Hear from Rayglass’s draftsman Gregor about the endless customisations available on our Protector Chase vessels.