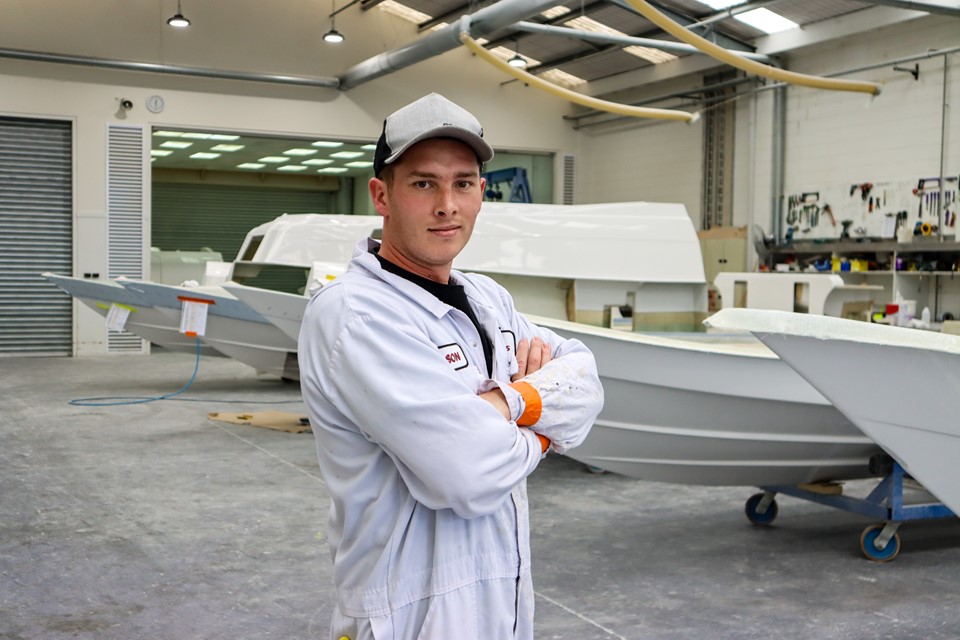 Jason Jellie is one of the sharpest operators on the Rayglass lamination shop floor. He’s been with us for almost a decade now and has become an invaluable senior member of our team.

We know that without good people like Jase, we wouldn’t be able to build world class boats of the highest standard. So, as his 10-year anniversary approaches, we’ve taken a look back at his time at Rayglass and chatted to him about how it all began.

Jason’s an Auckland lad from Pakuranga, down the road from Rayglass HQ. He’s loved fishing and boating with his mates since he was young, and always wanted a career in the boat-building industry.

When he was 16, he left school and completed a boat-building certification at Unitech, then got his first boat-building job in 2005. Four years later, in 2009, Jason saw a job at Rayglass advertised, walked through our doors and nailed the interview.

Jason’s first job was as a chopper gun operator in the fibreglass shop - it was hard work but he took to it well and says that he enjoyed it from day one:

“I'm really proud to be apart of the team at Rayglass, so much detail and care goes into each and every vessel we build, it is also awesome to know we produce world class vessels of the highest standard which are exported to 27 countries throughout the world. I'm also looking forward to seeing them on the Americas Cup circuit early on next year. It’s a great work environment and the company really looks after you. I am working with a great bunch of people and have made a few really good friends at work.” 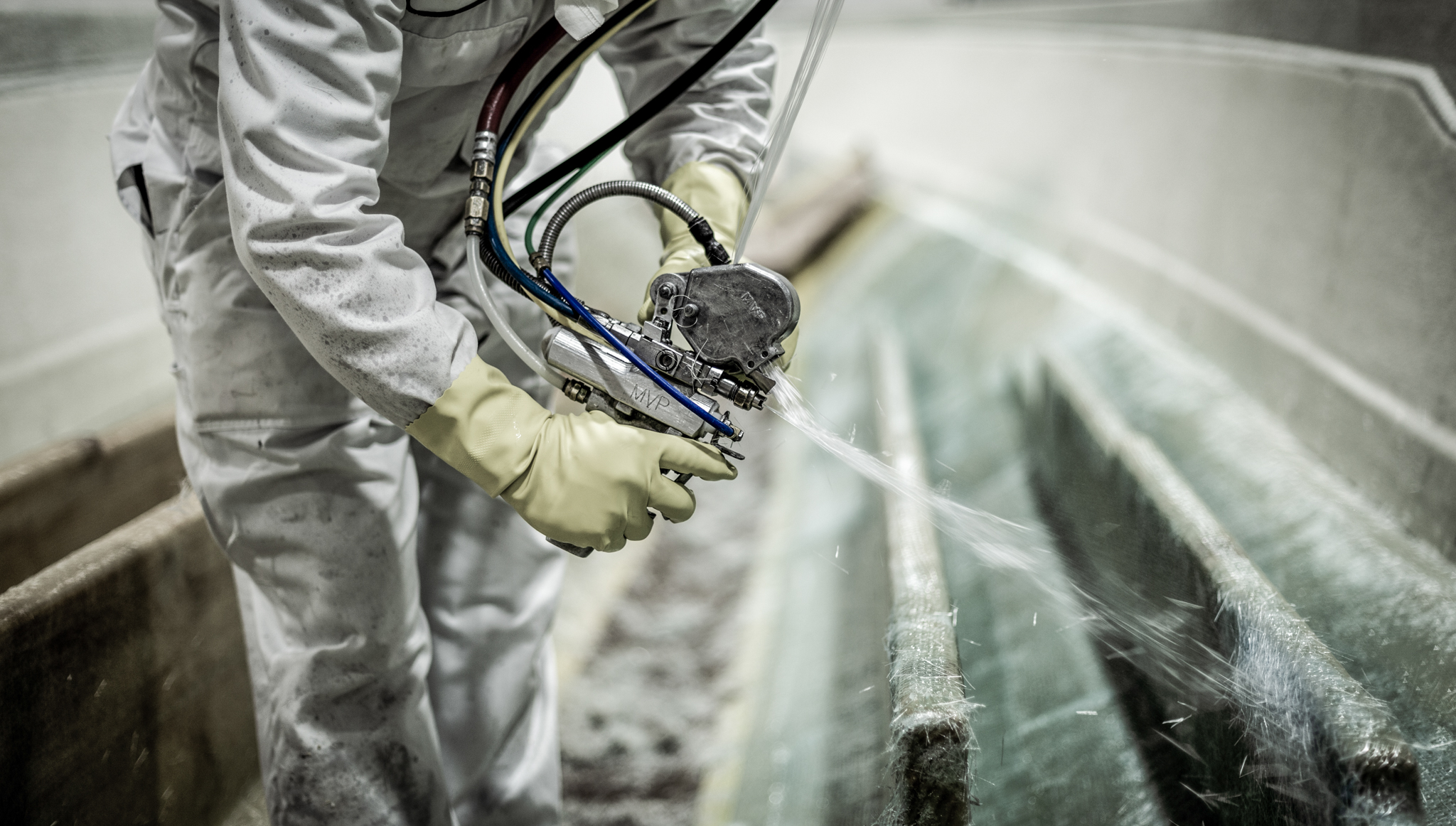 From chopper gun operator, to supervisor. What’s next?

It was clear from day one that Jason had the drive and work ethic to take on more and more responsibility. He was next promoted to lamination supervisor, and now manages a team of his own.

According to Jason, there isn’t any secret to advancing at Rayglass:

“All it came down to was working hard, doing what needed to be done and showing a bit of initiative. I had drive and didn’t want to stay in the same place - Rayglass recognised that and made it easy for me to progress.”

Jason has a bright future ahead of him here at Rayglass, over his time here he has seen unprecedented growth within the business and an ever increasing demand for the world class vessels which Jason and his team play a crucial role in building. We asked Jason what is in store for him next.

"Rayglass have paid for me to complete a management & leadership qualification and some other certifications, which helps get me ready and keeps me excited to take my managerial skills to the next level.” 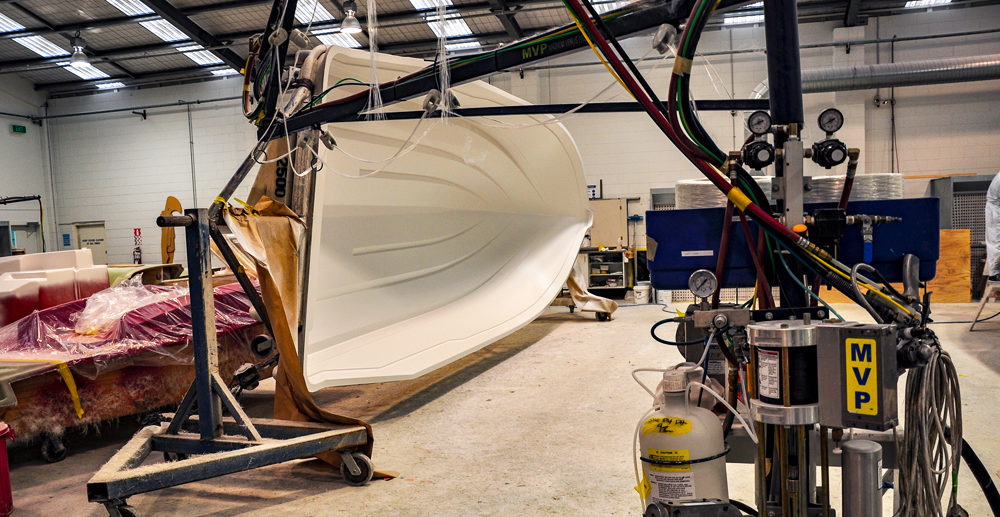 Building a career in the marine industry

Jason is only getting started at Rayglass, We asked him what advice he’d give to people starting out in the industry or starting their training, and his reply was as straight-up as ever:

“It’s just about working hard, going the extra mile and showing up. A bit of drive goes a long way. It’s also a good idea to do a bit of research on the company you’re applying with before you head into the interview. Make sure it’s big enough so that you can advance, and go for somewhere successful with a good reputation.”

The design behind the Legend: Why Rayglass boats are unsinkable

Years ago Rayglass spent a month trying to sink every boat we built without success. Find out why the Legend range of vessels is unsinkable.

Auckland local, Greg Hunt, was retiring and wanted to buy an affordable boat to go fishing in. This is the story of how we helped him own his dream...

Rayglass is hosting our biggest ever boat show, including Coastguard and Emirates Team NZ, Simrad, Mercury and our entire Legend Range. See you there!