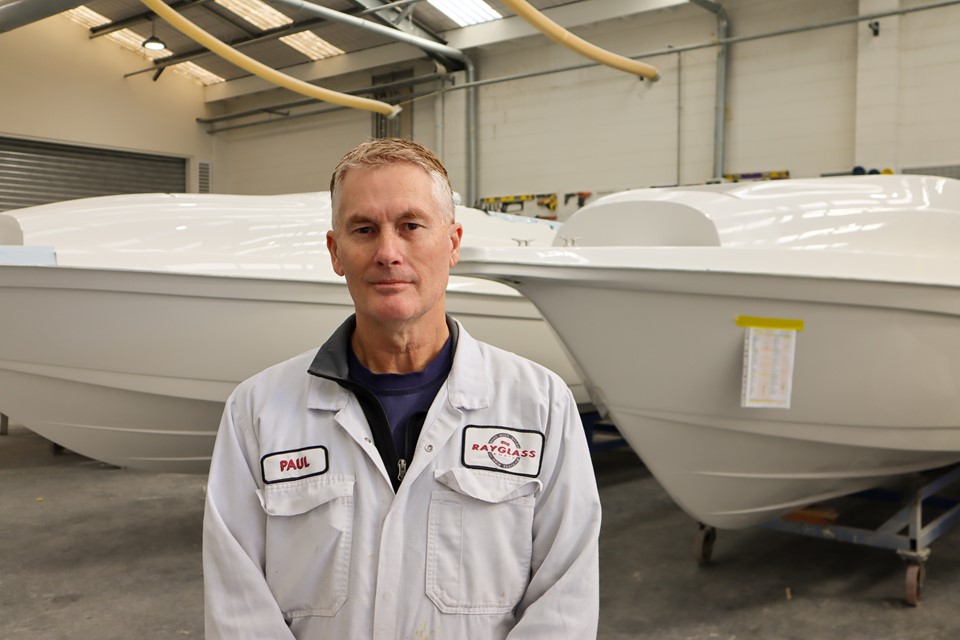 21 years ago, Paul Martin was painting cars for work when he got an opportunity to build boats instead. He was keen on buying a boat and loved working with his hands so he jumped at the chance and started creating.

Soon after, Paul met a chap called Tony Hembrow and the pair started to build Rayglass into what it is today. Decades later, Paul still crafts Rayglass’s molds completely by hand. We sat down for a quick chat with the man himself to find out more about him and what goes into building boat molds.

Meet the man behind the molds

Paul is originally from Kawakawa in the far north but now lives in Auckland with his family, including three kids. He’s always been pretty handy and is constantly building and fixing things - even when he’s not getting paid for it:

“My father’s a builder, my son’s a builder and I guess I am too. I’m doing some renos at home by myself. I’ve always been good with my hands,” Paul said.

If Rayglass hadn’t snatched him up, chances are our mate Paul would have been building houses all over Auckland.

Paul Martin has been at Rayglass longer than most. In fact, back in the early days before he was even working for Rayglass he'd visit his mate Tony Hembrow on the weekends to work on boats with him. Decades later Paul’s played a huge role in helping Tony mold his vision:

“Me and Tony were friends and I got the opportunity to come and work with him. I hand-built molds for the early Legend ranges and I’ve hand-built the molds for every Legend and Protector since,” Paul says.

Building molds completely by hand is an older way of doing things. It takes real craftsmanship and it’s becoming increasingly rare these days. While it can be time consuming process, Paul says after all these years, him and Tony have it figured out:

“Tony Hembrow comes up with an idea in his head and I go and build it custom. If he likes it, then we take a mold off it and we go ahead. We’re on the same wavelength, it usually works pretty well.” 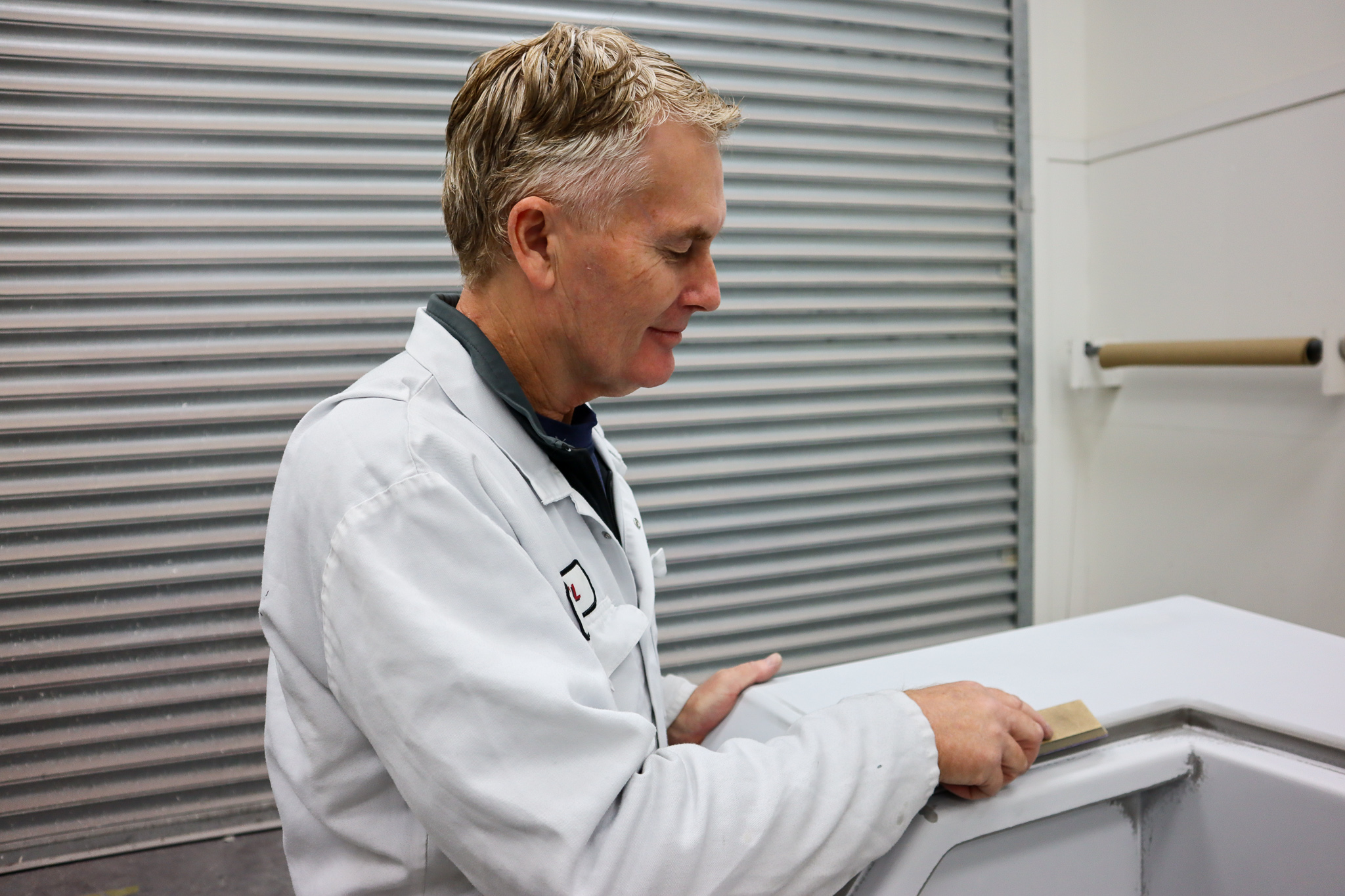 Rayglass’s boats are known for their smart hull designs, high build quality and their good looks. All of this wouldn’t be possible without the painstakingly handcrafted molds that Paul builds when creating new models. Paul reckons he gets results because he really cares about his work:

“I take real pride in what I do and I put a lot of effort into getting things right. I’m good at my job and everyone likes our product which is great to see.”

And after 21 years of building, we’re glad to hear that Paul still loves handcrafting Rayglass’s molds and building the country’s best GRP vessels:

“I’ve been here for 21 years so I obviously like it! The guys at Rayglass are great and I feel a lot of pride when I see a finished product, that’s what keeps me going. I really enjoy what I do.”

See Paul’s work in action with the Rayglass Legend range of premium GRP vessels or drop into Rayglass HQ to tour the vessels in person.

Meet Steve at Letter Rip: The legend behind Rayglass’s graphics and wraps

Steve from Letter Rip does all of Rayglass’s custom graphics, wraps and boat names. We sat down with him to talk design, escaping the rat race and...

Manaia Legend 2800: One of Rayglass biggest ever boat restorations

We recently completed one of our biggest ever premium restoration jobs turning an old Rayglass Legend 2800 into one of NZ’s most capable game fishi...

Jason Jellie is the man in charge at our lamination facility at Rayglass Boats. On the eve of his 10-year work anniversary, we had a chat to him ab...