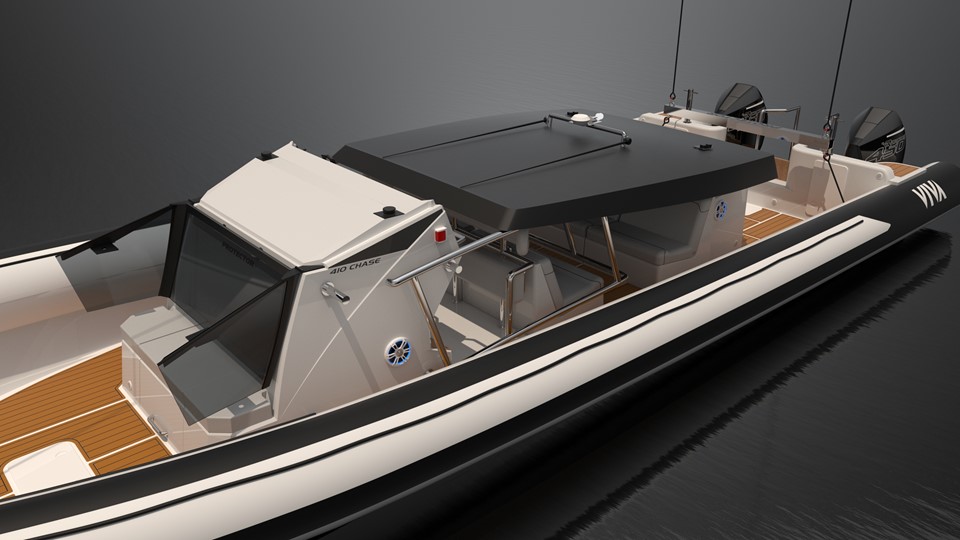 Over the last four decades, Rayglass has built some unique vessels, but none have been quite like Viva. This Rayglass Protector 410 Chase was designed with a custom bimini top and windscreen that folds down, allowing clearance to fit into the garage of its mothership - one of the world’s most impressive superyachts.

We had a chat to the man behind the design, Rayglass draughtsman Gregor Wilson, to find out more about this unique custom vessel.

One of the world’s largest superyachts

The Rayglass Protector 410 Chase was built as a tender for the superyacht Viva. This incredible vessel is 94 metres long with a 13.6-metre beam and a whopping 2999 tonne weight.

It was built by a Dutch company called Feadship and, according to Superyacht Times, it’s in the top 100 largest superyachts in the world 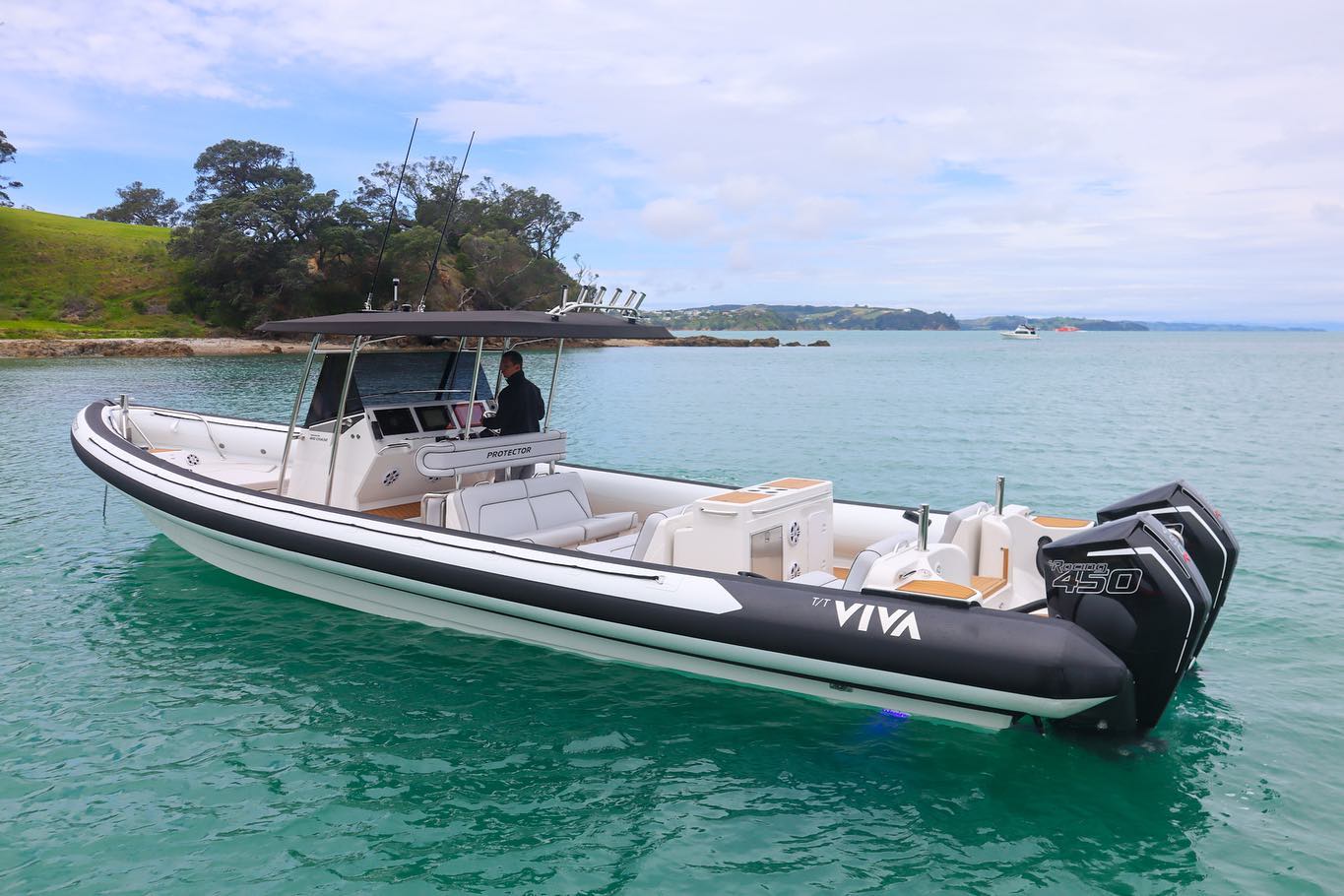 Rayglass’s brief for the Viva tender was simple but challenging - our client wanted a high performance dive vessel that could fit in the superyacht’s interior garage. To make that happen, Gregor our draftsmen modified the bimini top design and windscreen so that it could fold flat.

“Once the vessel is folded flat, the garage door in the side of the mothership opens, two cranes overhang the water and are attached to the vessel’s fore and aft lifting eyes, then it’s lifted out of the water and slides automatically into the garage.”

When the vessel slides into its mothership, it only has 100mm of clearance. That’s why Gregor and the team needed to be as precise as possible when designing and building the vessel.

As well as its unique folding motion, the vessel boasts several impressive additional features. That includes pairs of quad and double dive racks removable from the vessels deck in the bow and transom area. 10 speakers and a subwoofer create a next level audio experience as you move around the boat. Blue underwater lights wrapping around the transom and white deck lights matching the mothership at night. Two 450-horsepower Mercury engines pushed this 12.5m vessel to over 50 knots. Also, this was the first Protector to have this style layout, maximising the cockpit area behind the console for divers. This layout has been a great success and we are already seeing how popular it is with next builds coming through the factory soon.

Rayglass pride ourselves on the ability to customise our vessels to suit any requirements our clients may have. With that said, Gregor says he’s never tackled a brief quite like this one:

“It was definitely a big brief, with a lot of components. I started figuring out how it all worked just under a year ago. The lifting gear wasn’t a problem - designing the folding mechanism was the tricky part.”

“Eventually, I came up with a concept and figured out which areas needed to separate and pivot from. From there, the guys in the factory took that and the measurements and produced what we have today. It was a big team effort”

Now that Viva is complete, it’s been shipped to the USA, ready to meet its mothership next February. If you’ve got an idea for a custom vessel, no matter how outlandish, get in touch with the team here at Rayglass - we love a challenge!

Tim Tsoumas, head of Rayglass’s refit department, just completed batch 3 of the Coastguard refit. We talked to him to find out more about what it’s...

2021 was one of Rayglass’s busiest ever years. We’re taking a look back at everything that went on during the year as it draws to an end.

Our easy guide to getting your boat ready after lockdown

Lockdowns are almost over and summer is well on its way. Check out our easy guide to getting your boat ready for action this summer.