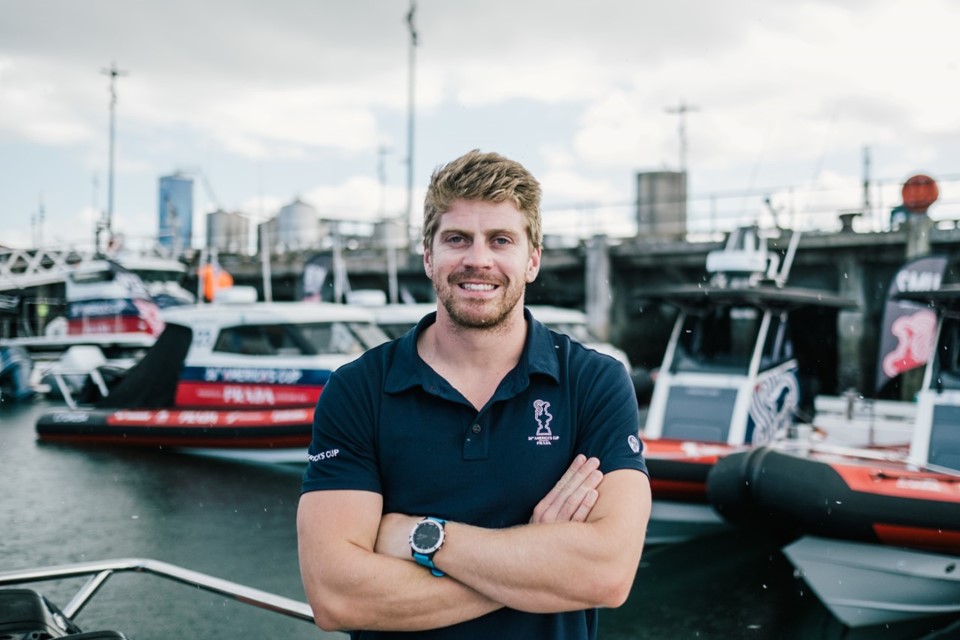 Connor is an Auckland born-and-raised boaty who may have the best job in the world. He’s responsible for managing and servicing a fleet of 23 Rayglass Protectors used as support, umpire and media boats for the America’s Cup.

We chatted to him about what it's been like working in the Cup Village and managing a fleet of high performance Rayglass Protectors for one of the world’s most prestigious sporting events.

During the weekend, 23-year-old Connor spends as much time as possible on the water, fishing and diving. During the working week, not much changes - he spends most of his time around boats and always has:

“I’ve done stuff like this for my entire working career. I worked with the last America’s Cup with Team New Zealand and have worked with yachts and chase boats internationally,” Connor said.

Last year, Connor was working with Team New Zealand building their second boat for this year’s cup when his contract ran out. They offered him an opportunity to manage their fleet of Rayglass Protectors and, as you’d expect, he said yes. 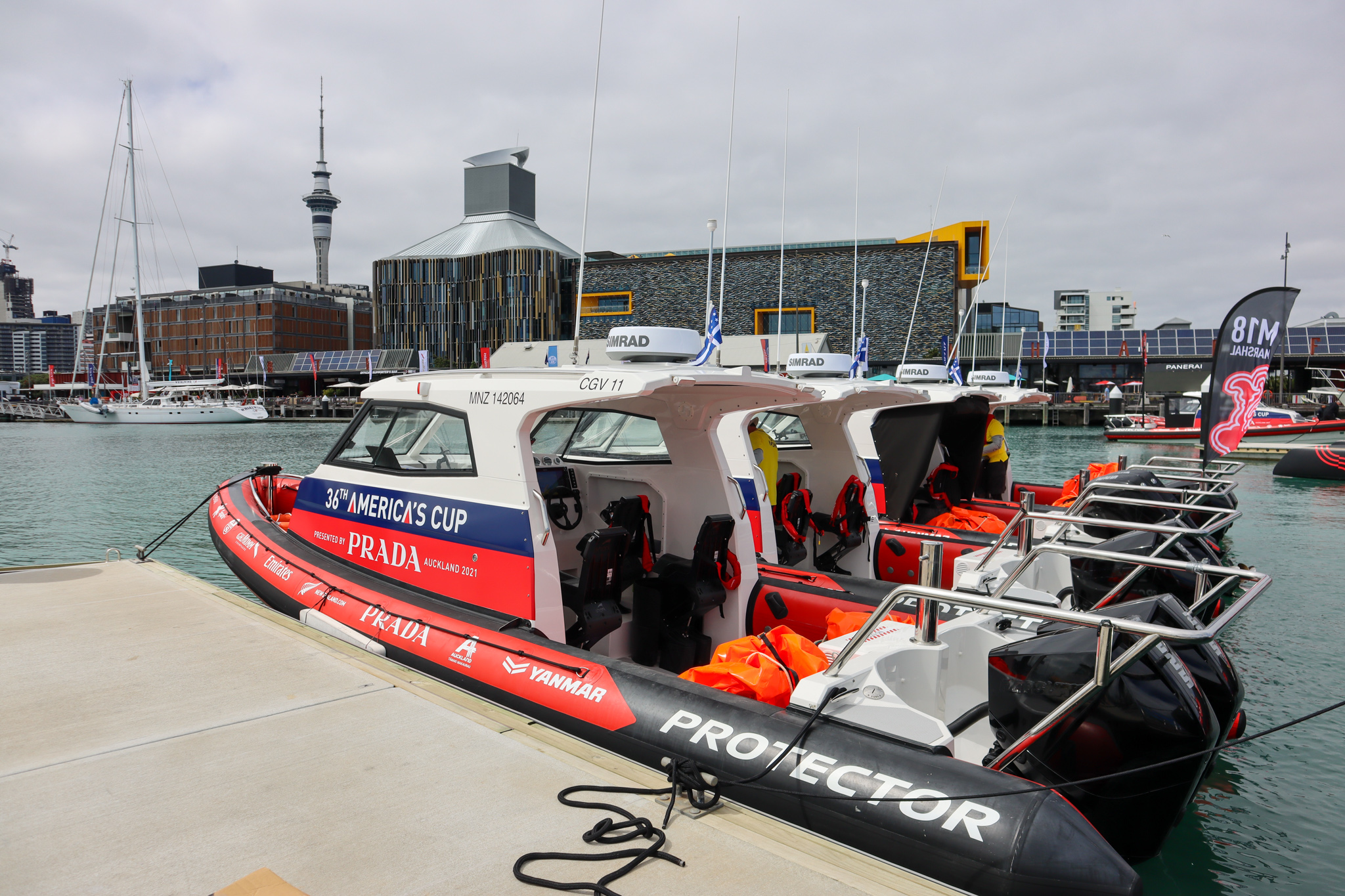 Life in the America’s Cup village

Every day in the office is pretty special for Connor (probably because he works in the America’s Cup Village as part of the world’s most prestigious, longest running major sport event).

On the average day, he checks all Rayglass Protectors once they come back from racing or training. He’ll refuel, fix any minor issues he finds and give Rayglass a call if anything major needs doing. He says the energy in the village is always great:

“I’m based in the middle of the race village so the atmosphere is amazing. I work right next to Ineos and American Magic when they were here. It’s been incredible just to be a part of the event and to have a connection with Team NZ and see their mindset and how they operate.”

He says the Rayglass Protectors are the ideal boats for the job:

“They’ve been great - they’re definitely up to the task. It helps having the inflatable, which gives a steady ride and provides a bit more comfort on the water. They do some pretty heavy stuff like towing course marks out to sea at 5 knots for a few hours and we’ve had very few issues.” 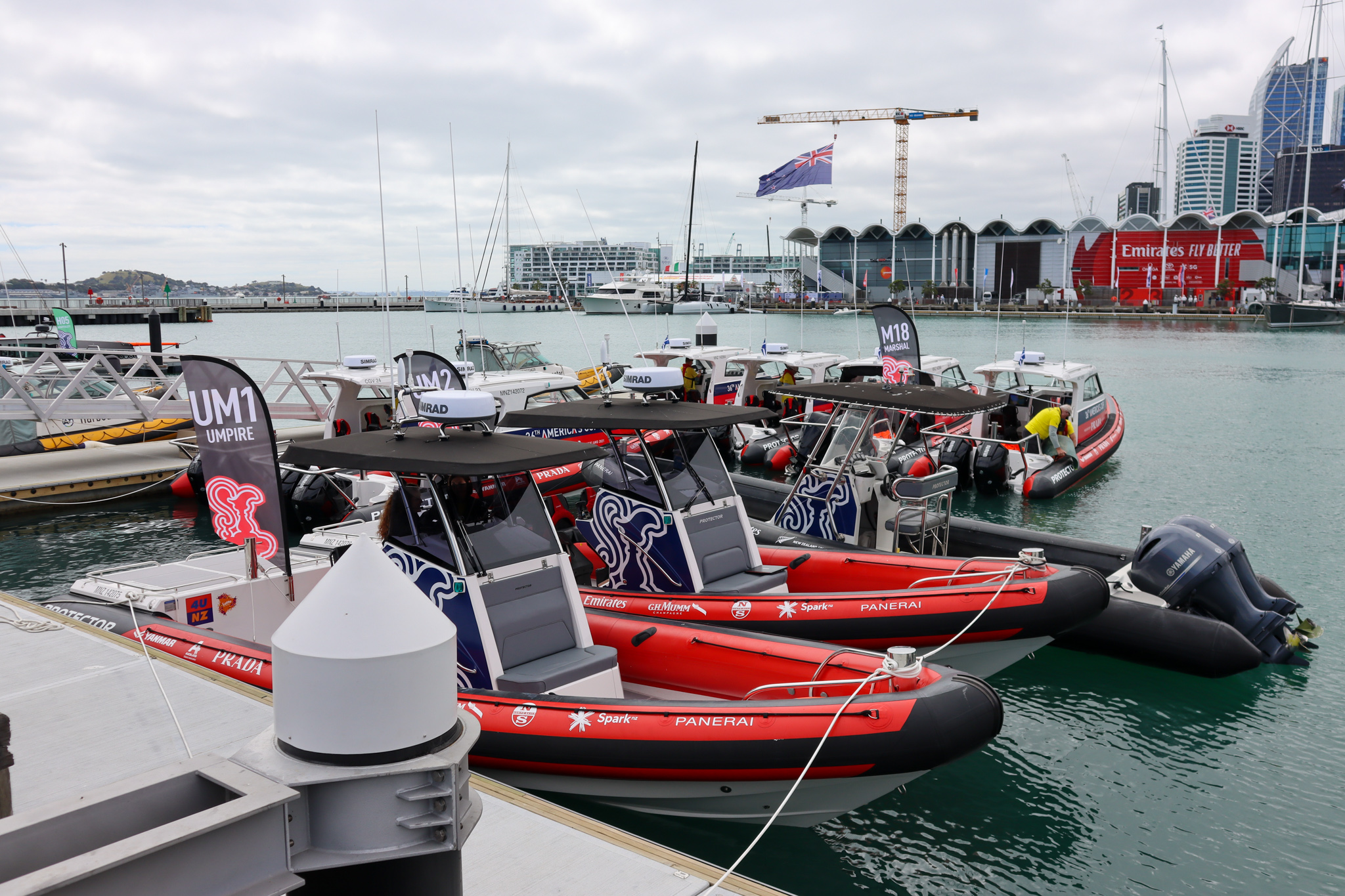 As you can imagine, Connor’s plate has been extremely full managing a fleet of 23 high-performance boats for one of the world’s biggest sporting events:

“Some days are longer than others but, during the World Series, I was working 7 am to 1:30 am. During the cup, my average day was about 15 hours long. I wouldn’t be doing this if I didn’t love it so much!” Connor said.

When major problems come up with the boats or Connor’s got too much going on, Tony, Taryn and the team at Rayglass are always on call to fix them. We’re stoked to hear that this makes Connor’s life just a little bit easier:

“Rayglass always gets back to me straight away and the guys are so responsive. They’ve come in to help me with the boats as early as 7am and as late as 9pm. They make my life way easier - big thankyou to Rayglass!”

Now that the America's Cup is over Connor is busy returning the fleet of 23 Protectors to Rayglass ready to be fitted out and sent to Coastguard units nationwide. They've played a role in one of the world's most prestigious sporting events but their next job is even more important - saving lives all over NZ and helping Coastguard continue their vital work.

The story behind Rayglass’s biggest ever boat refurbishment

We talked to Matt Wheeler, marine refurbishment technician, to find out more about Rayglass’s biggest ever premium refurbishment job.

Meet Steve at Letter Rip: The legend behind Rayglass’s graphics and wraps

Steve from Letter Rip does all of Rayglass’s custom graphics, wraps and boat names. We sat down with him to talk design, escaping the rat race and...