PETROL VS DIESEL : WHICH IS RIGHT FOR YOU? 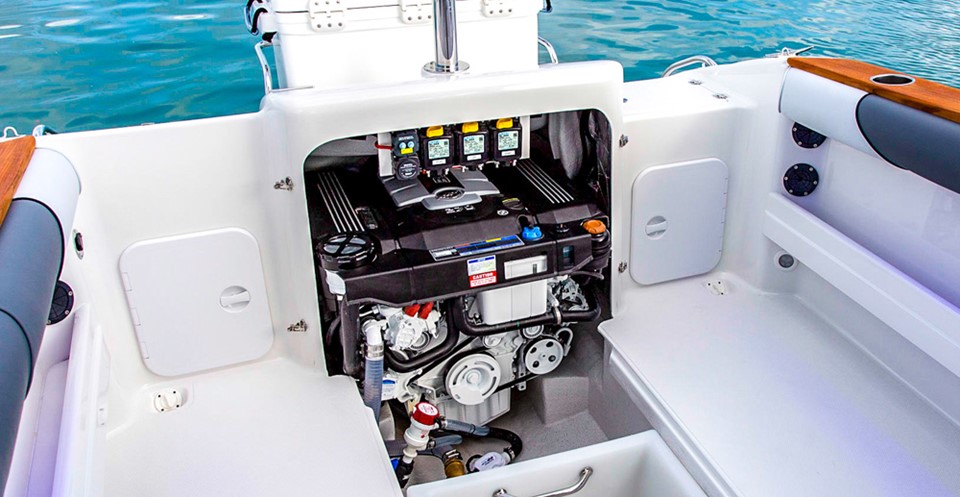 There are a hundred and one choices to make when buying a new boat. Fibreglass or Aluminium? New or used? Open or enclosed cabin? One of the most important choices you make also happens to be one of the most difficult – whether to buy a petrol or diesel engine boat.

To help you make the right choice, we’ve taken a closer look at the difference between petrol and diesel engines.

Diesel engines are perfect for boaters who want a sleek design and an inbuilt motor. Rayglass offer a virtually hidden engine design where you are not sacrificing any room in your cockpit which is generally a substantial compromise when choosing a diesel engine with other boat manufacturers. They may also be better for those who want to cruise long distances on their boat, thanks to their superior fuel economy.

With that in mind, diesel engines offer these advantages:

Diesel engines are fantastic if the above points are important to you. However, they do pull up short in a couple departments when compared to petrol engines.They’re more expensive to buy new and service, they’re noisier, and they usually only come with a two-year warranty (petrol engines often come with six).

If you don’t mind losing a bit of space on your boat’s transom to an outboard motor and you’re looking for a high performance engine, petrol is probably your best bet.

Petrol engines are great for watersports, shorter distance cruising and they’re generally the better option for smaller boats. These are the advantages of petrol engine:

The trade-off with petrol engines is that you’ll pay more for fuel and you’ll sacrifice the transom space from inboard diesel engine. You’ll also get slightly worse fuel economy, using on average 40 litres per hour if you’re cruising at 25 knots. In saying this they are cheaper when buying new as previously mentioned.

What’s the right choice for your boat? The fuel economy and extra space that diesel engines provide, or the quiet and performance of a petrol engine? If you’re still not sure, drop in to Rayglass’s Mt Wellington showroom, talk to one of our in-house experts, and get familiar with our range up-close.

When you own a Rayglass boat, you become a part of the family. That comes with a number of awesome, free perks for the entire life of your boat and...

We just completed a full boat restoration for our valued customer Glen. Check out the before and after photos to see how we brought his Rayglass Le...

THE RAYGLASS DIFFERENCE – IT’S ALL IN THE HULL

The hull is the most important part of any boat. Its design determines a vessel’s ride quality, level of flotation, handling and more.